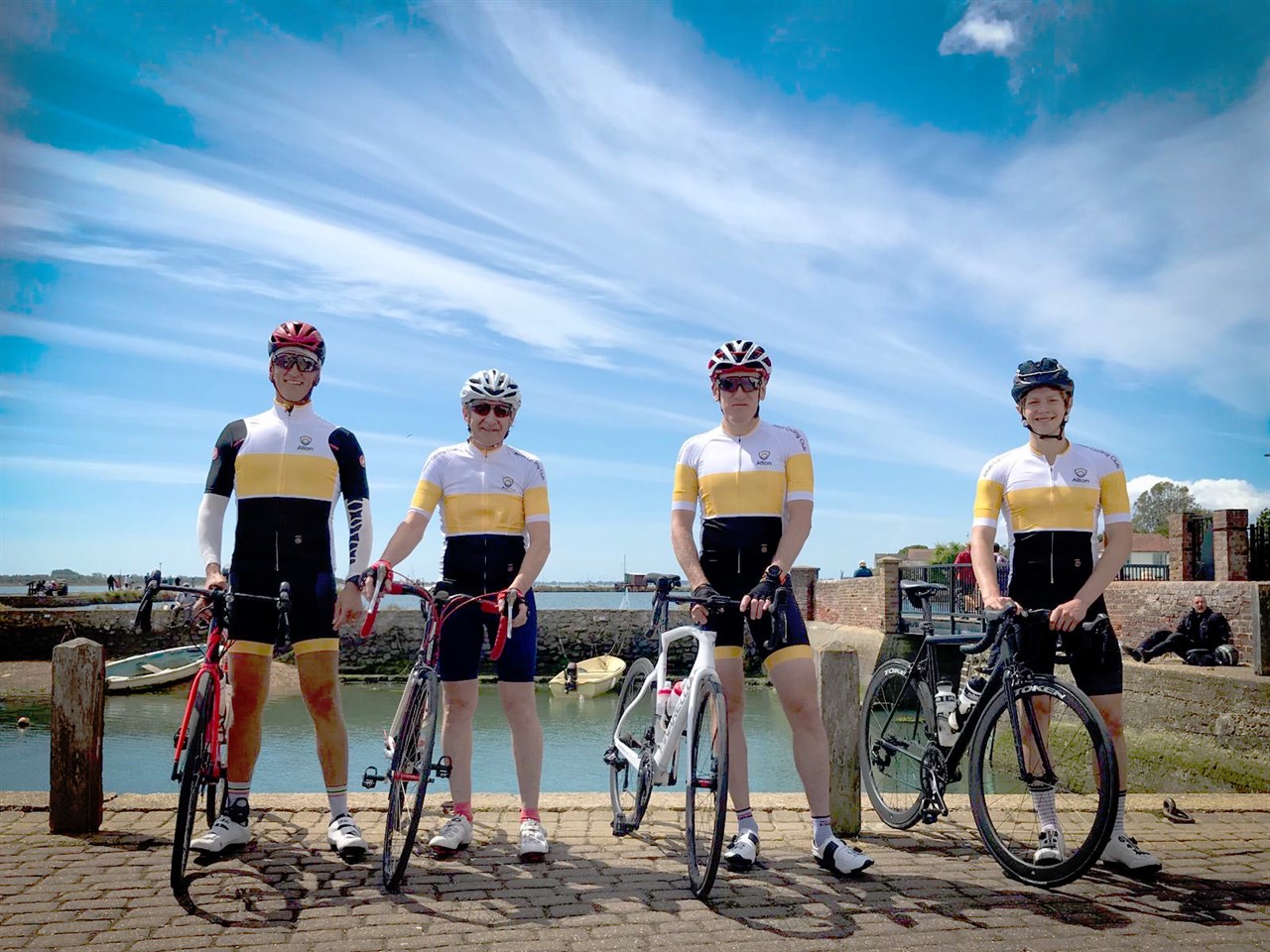 Alton has been home to a cycling club, on and off, since 1878! Alton Bicycle Club was the first incarnation, in existence until around the start of the First World War. A new era began in 1934 when the new Alton Cycling Club was founded. Records of this time exist from 1937 onwards which show club members were very active in time trialling and enjoyed weekend social rides. There was another gap in the 1960s – 1970s. The third and current phase of the Alton Cycling Club began in 1978 when the club was re-launched by a group of local cycling enthusiasts, and it has continued to grow over the years to around 100 members, with 9 new members joining so far in 2020. 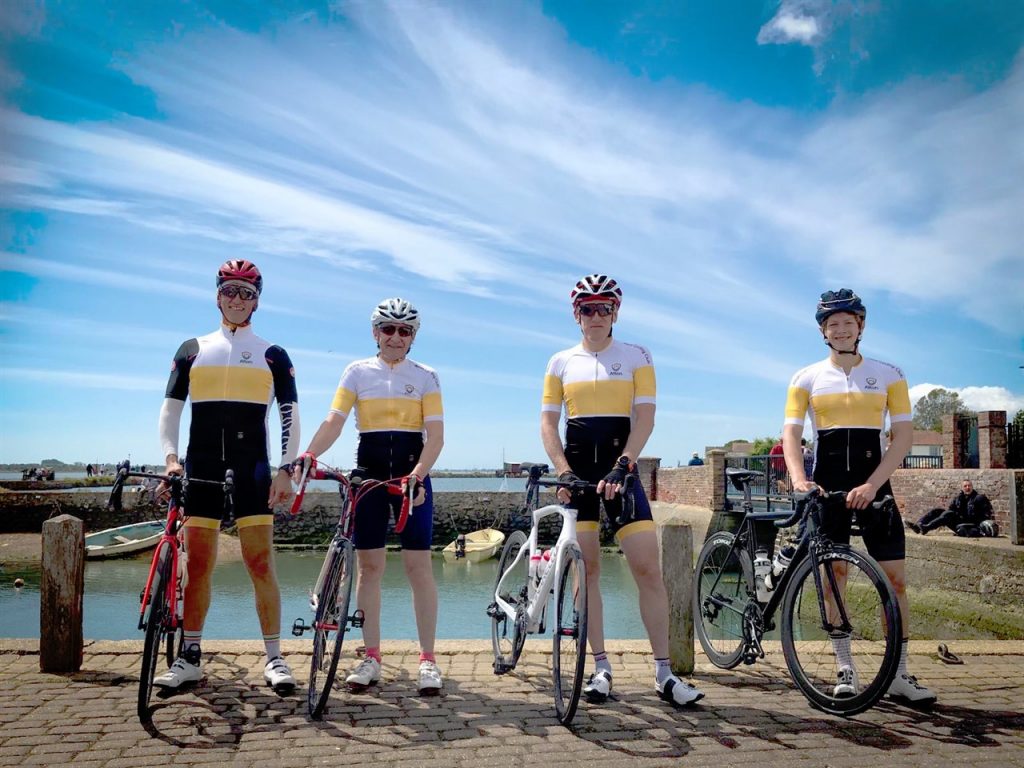 New members are always welcome. Our members take part in our regular Sunday club rides (club, mid-paced and faster paced), which start at The Butts at 9am, and have an added benefit of a coffee stop, and pub options at the end! Group cycling helps gain both confidence and bike handling skills, be they on the road, track or off road. Our club rides average between 13 to 15mph, depending upon terrain and cover 45 to 50 miles. The mid-paced and fast rides both cover about 50 miles with average speeds of about 15mph and 18mph respectively. For those who are short of time, or energy, or want a club taster ride, we’ve just started a monthly Sunday morning 30-mile ride – they plan to start from The Butts at 9am on 23rd August and 20th September. In the summer, we normally run 20-mile evening rides too.

We organise and compete in Time Trials, normally weekly from April to September (but sadly not this year) and other road races, as well as having some fun with track sessions, hill climbs and monthly Strava segment challenges. Alton Cycling Club is affiliated to British Cycling (UK body for road racing) and Cycling Time Trials (UK body for time trialling). This year has been challenging for us all, but we still hope to run one Time Trial before the end of the summer!

We also have social events throughout the year, including our regular club social evenings – normally at our local pub, but currently on zoom! There’s also the AGM, Annual Dinner, BBQ, 100 miler and other events. We had planned a week’s training camp in Girona for 2020, but of course this has been moved to 2021.

In the 1980s Dave Wood, who rode for the Alton Cycling Club, was a prominent Junior Road Racer and was a regular winner in the southern region.

Alton Cycling Club promote an annual springtime 24 mile hilly time trial  – on a circuit around West Meon, Monkwood and Winchester, finishing back at West Meon after an ascent of the Cheesefoot Head climb on the A272.

British Cycling Centre of Excellence Training weekends used to take place in the Alton area in January/February in the 80s and 90s and the opinion from the back was that – after the 5th climb up to the village of Bighton (7 miles from Alton)  it was no easy terrain to be training in!